Former Manchester United player Rafael criticized the team's former coach Van Gaal in an interview with The Athletic. He said: "Van Gaal didn't talk to me on the first day when he came to Manchester United. He wanted to drive me away the next day." 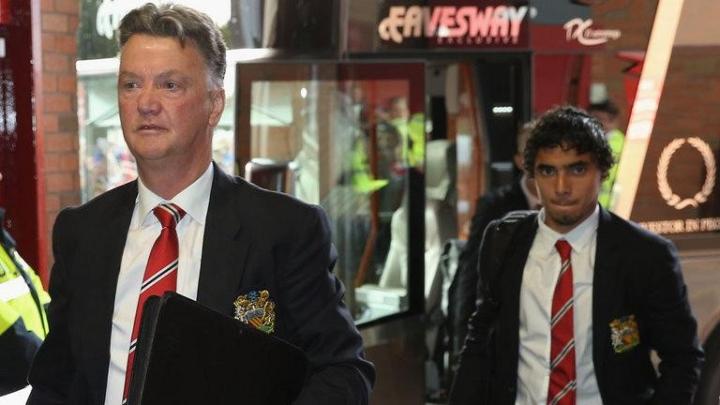 Rafael said in the interview: "When they said Van Gaal would be the manager of the team, many friends called me. I couldn't believe it because many people told me he didn't like the Brazilian style."

"Actually, this is the second thing, because on the first day, he didn't talk to me. The next day, he told me, ‘you can leave.’"

"I haven't even trained yet, so he told me this. I can't believe it."

"He didn't explain the reason. He said, ‘you won’t participate in the game this season. I won’t use you. If you want to leave, then leave.’"

"I said ‘ok.’ I still tried to fight for my position. I stayed with him for a year. It was so difficult. He is one of the worst people I have ever worked with."

"Every day after breakfast, after lunch, or if we have dinner together, he will talk to everyone for 15 minutes. The content involves training, daily events, various things, and things in life."

"You know when people generally start not listening to others, that's when that person says too much. He wants to show that he can talk. But it's like this every day, every moment."

"We watched him talk about all kinds of nonsense for 15 minutes. That's right, man, that's the truth."

"Ferguson knows how to maximize the role of each player."

"Van Gaal is the opposite. He doesn't care about the appearance of others, he just thinks of himself. It feels like, ‘I’m like this, you have to respect me, and you do what I want.’"

"That's what he said, and the players are tired of it."

"You don't need to keep chattering."

"Do you know when the coach says something, like'no'? When he agrees to discuss something in depth, but he intends to change it, he will say,'I am the boss.' That's what he does, about a lot of Everything is."

"Van Gaal doesn't like players who play as they please. That's my idea. He likes players who are calm and steady."

"But you can't just have that kind of solid player, you need some heart and instinct."

"If you can tell me that a team has only this kind of solidified players, please tell me which team it is. This is abnormal."

"Sometimes it just needs something instinct. Van Gaal hates this type of player. Let's talk about the culture of Manchester United. It's the same for Scholes, Roy Keane, Stam and Vidic. ."